AmoenanNews. After holding the 61st NTB Anniversary Commemoration Ceremony, in the field of the NTB Governor’s Office with the NTB Governor Ceremony Inspector Dr. H. Zulkieflimansyah, SE. M.Sc., the event continued with the Defile Parade which was attended by all participants of the ceremony, both TNI, Polri and ASN representatives of each Regency / City on Jalan Penjanggik with the star point of the Front of the Sangkareang Field towards the Islamic Center Hubbul Wathon Mosque in Mataram. 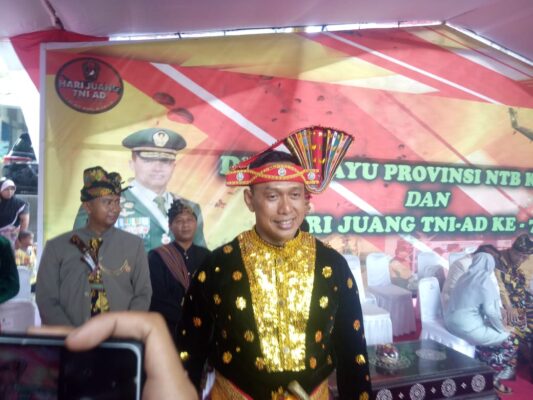 Korem 162 / WB Commander conveyed that this Defile Parade was held to enliven the 61st Anniversary of NTB Province and also to enliven the 74th AD Battalion of the Republic of Indonesia in 2019. 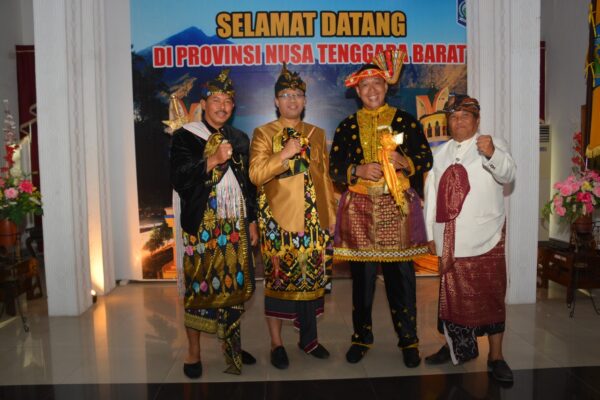 “The Commemoration of the Armed Forces of the Army on December 15 yesterday, but because of the time close to the Provincial Anniversary, so we combine so that synergy, cohesiveness, and togetherness are well developed,” said Danrem. 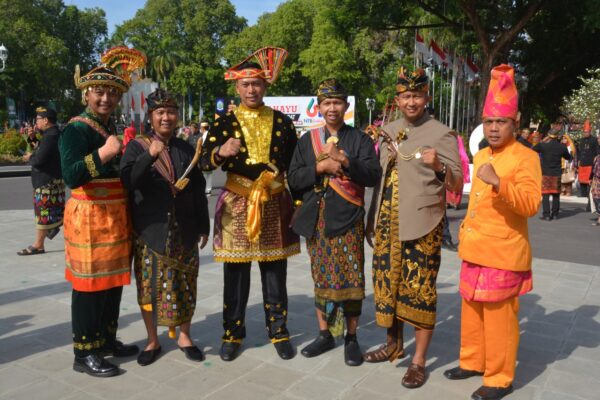 According to him, what is interesting in this cultural defile parade, in addition to the participants using traditional clothing Sasak, Samawa and Mbojo (Sasambo) which is a characteristic of the NTB community, is also divided into several groups according to the era of each Governor.

For example, say the man who was born in Jakarta, the period of the first Governor’s office made an impression at that time, as well as the following Governors including the year of establishment of the Regency / City according to the Governor’s period.

Some of the series welcomed the commemoration of the Armed Forces of the Army which have been carried out, among others, reforestation, beach cleaning service, cataract surgery, cleft lip surgery, group pilgrimage to the TMP and others.

In addition to the parade of defiles and cultural marches, the event was also enlivened by the carnival community of Brotherhood MC Indonesia, Moge, Club Vesva Grand Army, Wilis Car Club, bicycle ontel, Babinsa motorbike, and Danramil Korem 162 / WB cars around the city of Mataram with a start and finish point Hubbul Wathon Islamic Center Mosque. 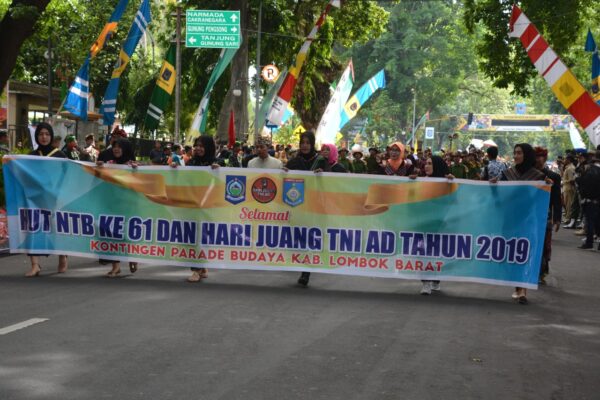 After carrying out a series of Sasambo cultural defile parades, the event continued with prayer and eating together (begibung) event at the Mataram Islamic Center Hall. Anr. 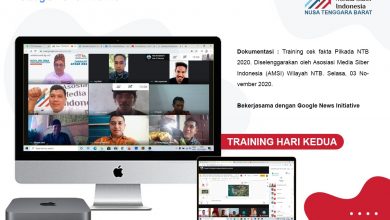 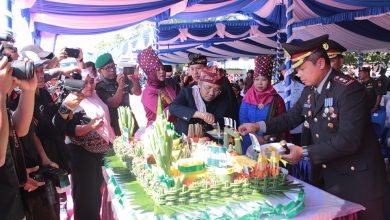 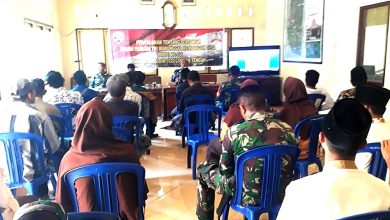 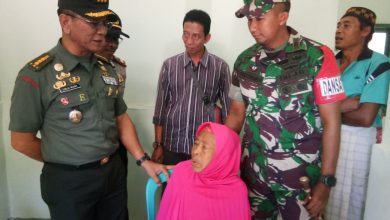 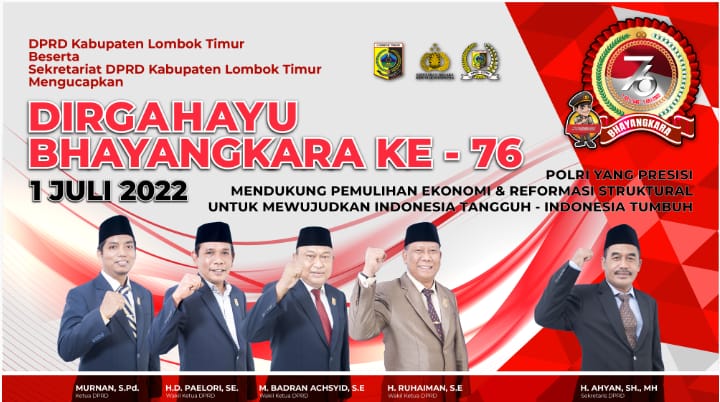